Jeff Bezos is an infamous micro-manager.


They were like millions of his own precious children. The guy is a regular… well, Steve Jobs, I guess. Except without the fashion or design sense. He just makes ordinary control freaks look like stoned hippies. So one day Jeff Bezos issued a mandate. But on one occasion — back around I think, plus or minus a year — he issued a mandate that was so out there, so huge and eye-bulgingly ponderous, that it made all of his other mandates look like unsolicited peer bonuses. His Big Mandate went something along these lines: 1 All teams will henceforth expose their data and functionality through service interfaces.

The only communication allowed is via service interface calls over the network.

That is to say, the team must plan and design to be able to expose the interface to developers in the outside world. No exceptions. Ha, ha! You odd ex-Amazon folks here will of course realize immediately that 7 was a little joke I threw in, because Bezos most definitely does not give a shit about your day. Rick was a walking, talking hardened interface himself, so needless to say, everyone made LOTS of forward progress and made sure Rick knew about it.

Over the next couple of years, Amazon transformed internally into a service-oriented architecture. They learned a tremendous amount while effecting this transformation. A teeny tiny sampling of these discoveries included: - pager escalation gets way harder, because a ticket might bounce through 20 service calls before the real owner is identified. If each bounce goes through a team with a minute response time, it can be hours before the right team finally finds out, unless you build a lot of scaffolding and metrics and reporting.

Nobody can make any real forward progress until very serious quotas and throttling are put in place in every single service. In order to tell whether the service is actually responding, you have to make individual calls.

Blurring the Lines Between Chef & Maestro | Club House for Chefs

So Amazon has a universal service registry where you can find out reflectively programmatically about every service, what its APIs are, and also whether it is currently up, and where. There are dozens, maybe hundreds of individual learnings like these that Amazon had to discover organically. There were a lot of wacky ones around externalizing services, but not as many as you might think. This effort was still underway when I left to join Google in mid, but it was pretty far advanced.

From the time Bezos issued his edict through the time I left, Amazon had transformed culturally into a company that thinks about everything in a services-first fashion. It is now fundamental to how they approach all designs, including internal designs for stuff that might never see the light of day externally.

There are without question pros and cons to the SOA approach, and some of the cons are pretty long.

But Bezos realized long before the vast majority of Amazonians that Amazon needs to be a platform. Would you? These services host the backends for some pretty successful companies, reddit being my personal favorite of the bunch. In fact I myself find the website disturbingly daunting, and I worked there for over half a decade. You mean like, blind and deaf people Accessibility? When software — or idea-ware for that matter — fails to be accessible to anyone for any reason, it is the fault of the software or of the messaging of the idea.

It is an Accessibility failure. And boy howdy are the two ever at odds. So yeah. Some of you do, but you are the minority.

This has become painfully clear to me over the past six years. I was kind of hoping that competitive pressure from Microsoft and Amazon and more recently Facebook would make us wake up collectively and start doing universal services. Not in some sort of ad-hoc, half-assed way, but in more or less the same way Amazon did it: all at once, for real, no cheating, and treating it as our top priority from now on.

But no. And a stubby service is a pretty pathetic service. Go back and look at that partial list of learnings from Amazon, and tell me which ones Stubby gives you out of the box. Understand you as a person or your company and above all learn what is behind it. For this reason it is important to have a conclusive Google Plus profile, which is also comprehensible at first glance. 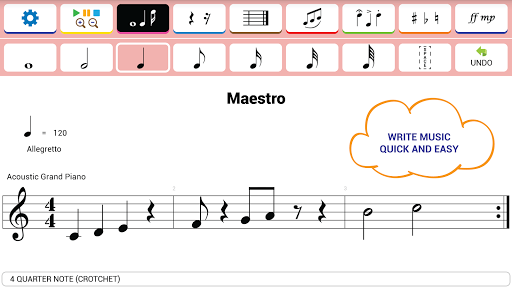 Show reviews in all languages 1. Your review. Save my name, email, and website in this browser for the next time I comment. How many Followers would you like to order? Total price: 6. Including taxes Still not convinced? Take a look at our FAQ. Description Reviews 0. Our offer. Your advantage. The range.

Spread yourself After some time in the groups on Google Plus, you should spread your own content and use it to promote your products or services. Ask friends and acquaintances It may sound really uncomfortable and stupid for a start, but if you have only a few followers, it is really difficult to build up a long range. The media sure likes to talk about how dead a product is, almost with eerie redundancy.

Is twitter is 'dead' today? How many of you did the same thing on Twitter, sign up, do nothing, return later, only to wish you stuck with it that first go around? TLDR The media tends to often say a new product is dying with lots of stats. They mean nothing. Over 5 Million followers on the internet.

I'm press at a few places. Game Of Thrones Cake. Mornings Are Too Early. Facebook: Making birthday greetings meaningless since Oingo Boingo Dead Man's Party. These figures are actually not at all comparable. Conclusion: There are major issues that we can't ignore, however ghosttown is definitely not it. When i get a handful more i am going to start "Notifying" them every time i make a public post.

I just finished an interview with Inc. I seen Anderson Cooper promoting a hangout the other day on AC All these numbers are "facts" and they mean nothing. Twitter is not dead. If you want to be spoon feed then go some where else. Or m, for that matter? What happens? I hoped people would read this and realize its not the same old arguement.

No, I'm not going to take the shot. God I don't want my friends and family of other networks here. I really enjoy the usually intelligent and open debate that goes on here. My brain just doesn't get a work out on fb. As for twitter. To me its just a news feed. For new youtube users while signing up it is clearly stating that you need to google account to use youtube and it comes up with other goodies, i don't see anything wrong in it. All of them are google products and it should be easier to signup with just one google account and makes our life easier.

I don't see any forcing here. Full of dead bodies… reminded me of the Rancid song "Dead Bodies". I believe it's a cover of some other band, but I love the Rancid version. Talk about missing the point and made up metrics!

Real people, not robots or paid posters, post about stuff that interests them, not advertisers trying to sell something.