Not satisfied with focusing on political machinations, Weber turns to late 19th-century France with a clear lens directed at the prosaic, the mundane. Plumbing, pilgrimages, prejudices, and physical fitness all have their place in a study that aims to acknowledge the experience of the ordinary French man or woman, rather than that of political leaders. What, Weber asks, was it like to live in the provinces instead of Paris? What did people wear?

What did they eat? How did they spend their days? How did they take their pleasure? Only the collar and cuffs might be detached and cleaned daily.

Voices of the People in Nineteenth-Century France

Shampoo was unknown, and hair -- even a woman's waist-length tresses -- went forever unwashed. Drug use cut across gender and class lines. Violence seemed rampant, and scandals were noisily exploited by the press. Weber uses court records to reconstruct some crimes, and concludes that household conflict and family violence, even murder, were common. Weber's proliferation of anecdotes is not designed, he tells us, to expound any thesis. Most of his surface phenomena fall into the realm of popular culture; when he moves to art and literature, however, he shifts focus. 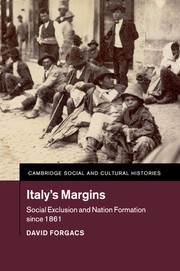 Voices of the People in Nineteenth-Century France (Cambridge University Press, 2012)

The Generations of Social History